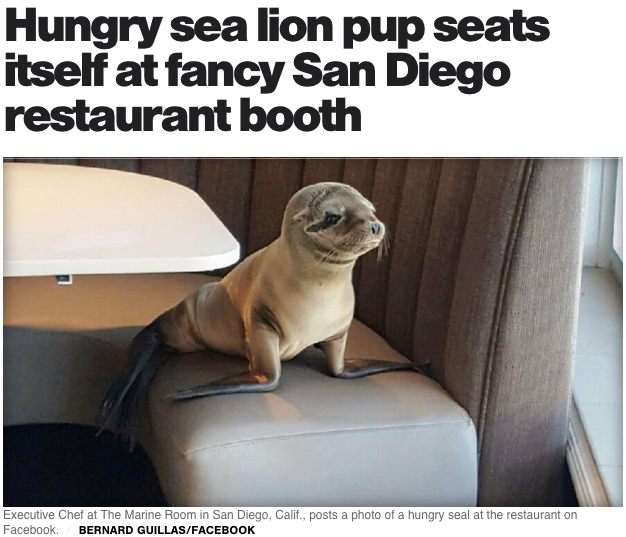 This is an amazing story in its own right, but we saw something similar - if less posh - just two years ago. We were visiting the tide pools in La Jolla with friends when another family spotted this sea lion pup trapped in a cave, halfway up the cliff. 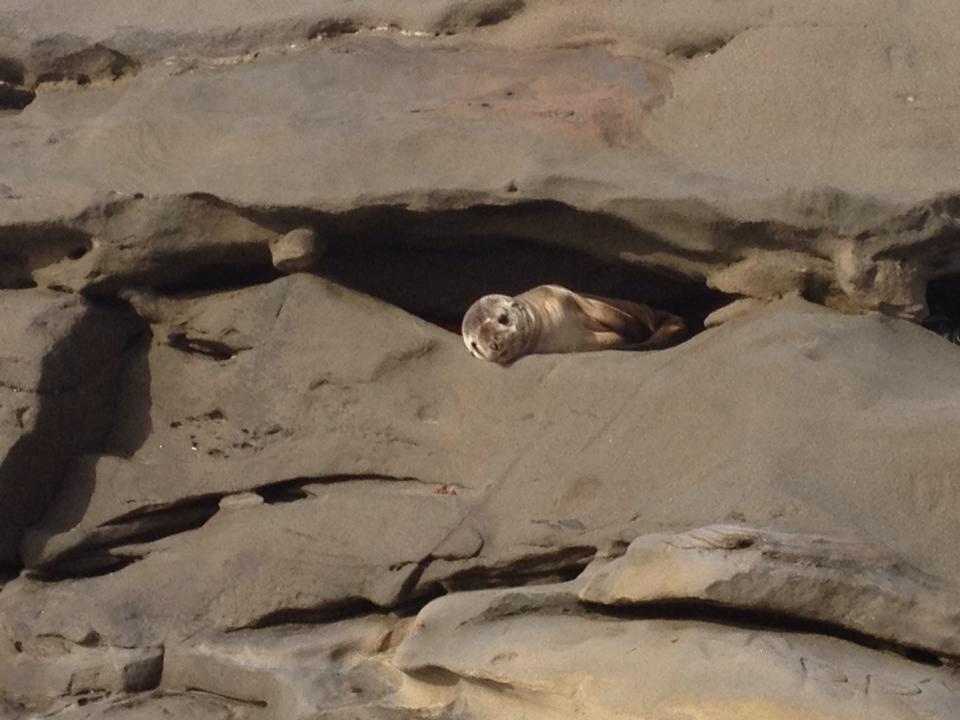 The family called Sea World, and we watched their kids while they went up to meet them. When they arrived, well - when she arrived, we helped her get the sea lion into a net, and then she explained the situation to the kids. She told them about what probably happened and how they were going to help. I don't remember the details, but it was an amazing thing to witness. 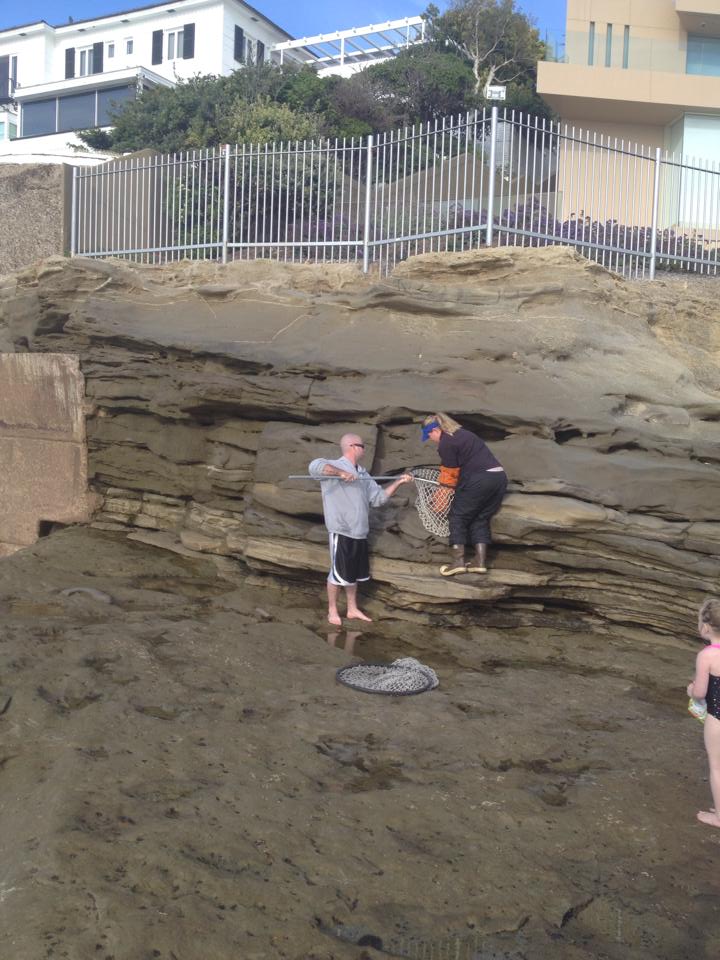 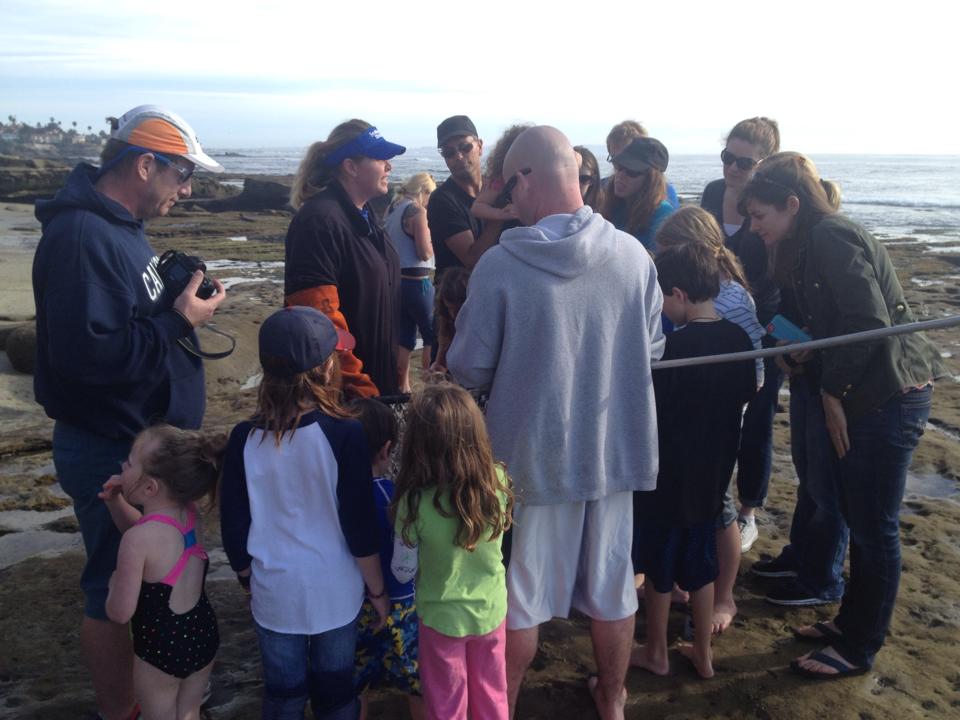