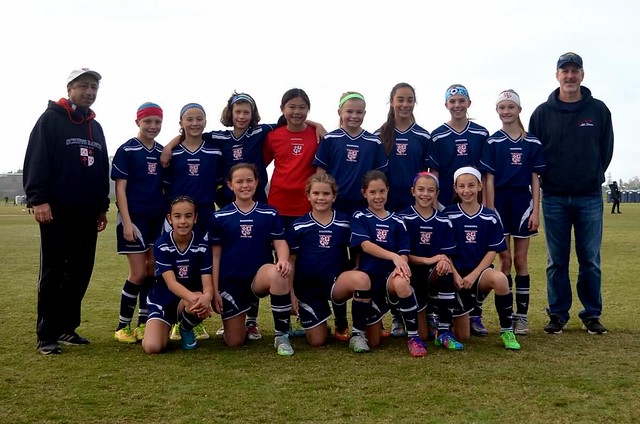 Scripps United Girls Under-11 Red won their quarter final match, 4-0, yesterday morning. They won their group games the previous weekend to advance as the top seed, and Saturday they won 5-0 in the first elimination game.

Our semifinal match was scheduled for yesterday afternoon, but all games were cancelled due to weather, and possible lightning storms. 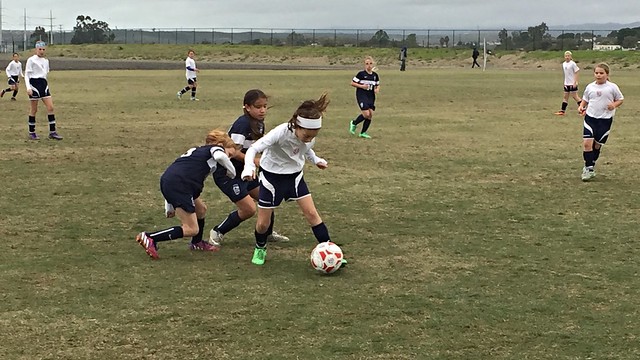 Melanie holding off the opposition

Oh, did I not mention who scored the fourth goal in the quarterfinal? It was this girl - 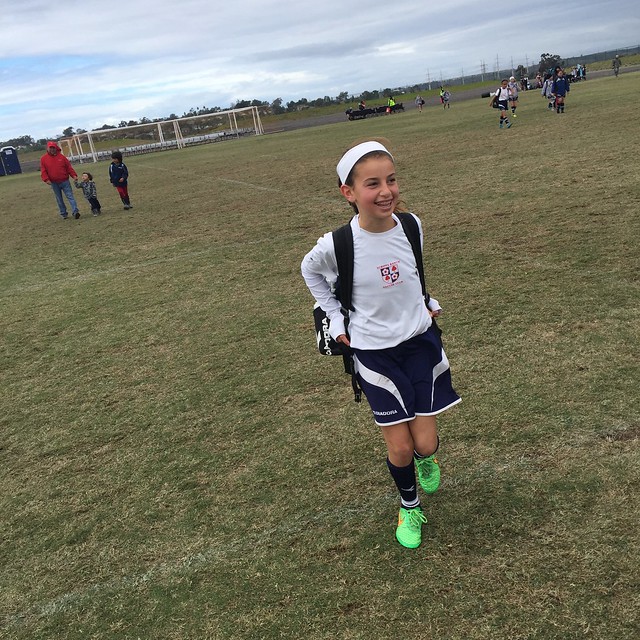 Needless to say, she's thrilled, as you can probably tell from the photo. The whole thing is a blur to her, but she does remember nutmegging (passing the ball through an opponent's legs) the keeper. If it were hockey, you would say she hit the five-hole.
"State Cup Update" was posted Monday, February 01, 2016