Sunday I rode a 60-mile bike ride, the Gran Fondo San Diego. This event is organized by a friend of mine at Active. I signed up last year, and though we made it to the starting line, a thunderstorm forced us to give up on the idea of riding that day.

This year, while it was a cold morning (relative - it's San Diego) the day ended up being beautiful and the ride was a lot of fun.

Here are some pictures starting, appropriately enough, at the start: 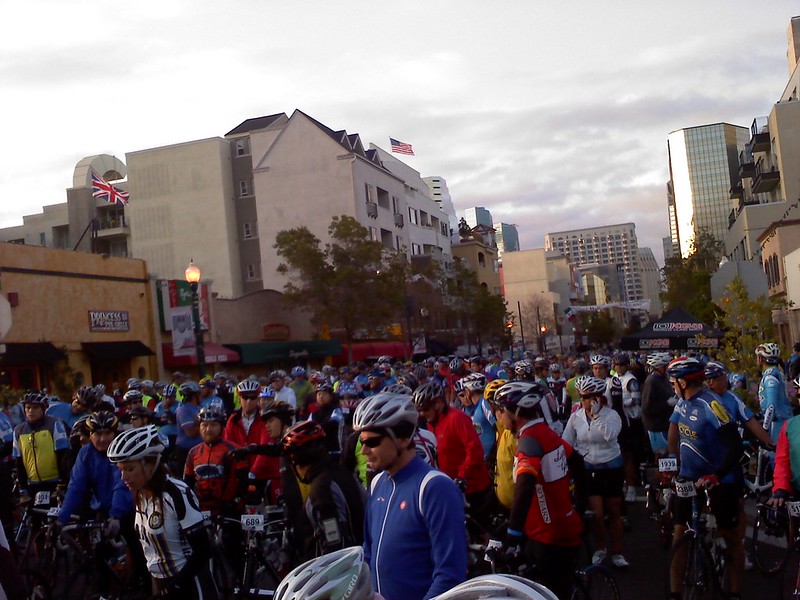 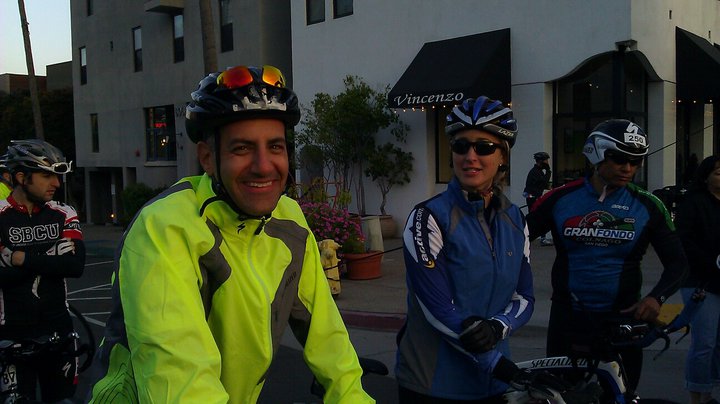 Here's the gang at the turnaround: 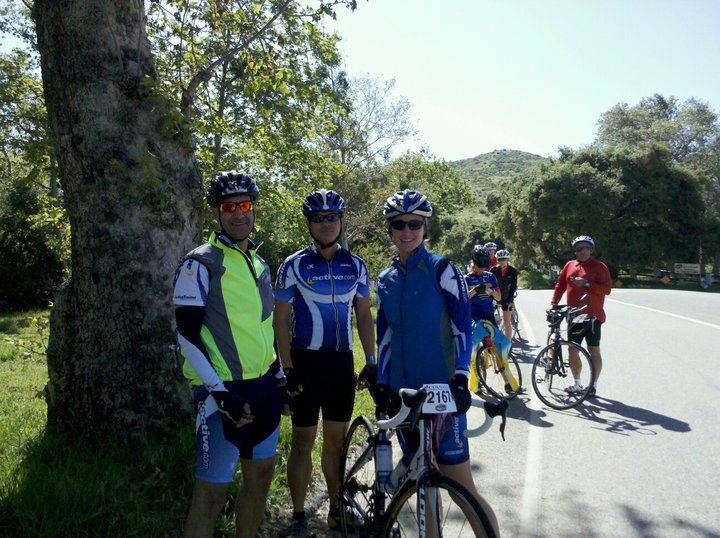 And at the finish, almost five hours after we began: 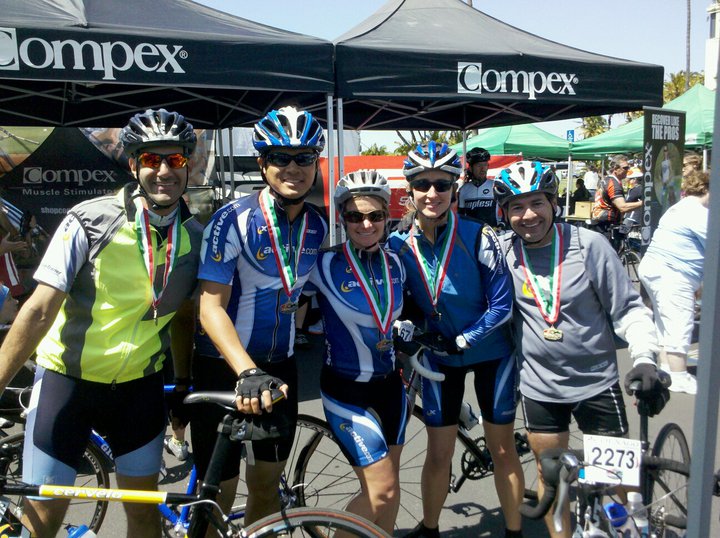 Here's the route, which included a turn through the Olympic Training Center and around beautiful Otay Lake.